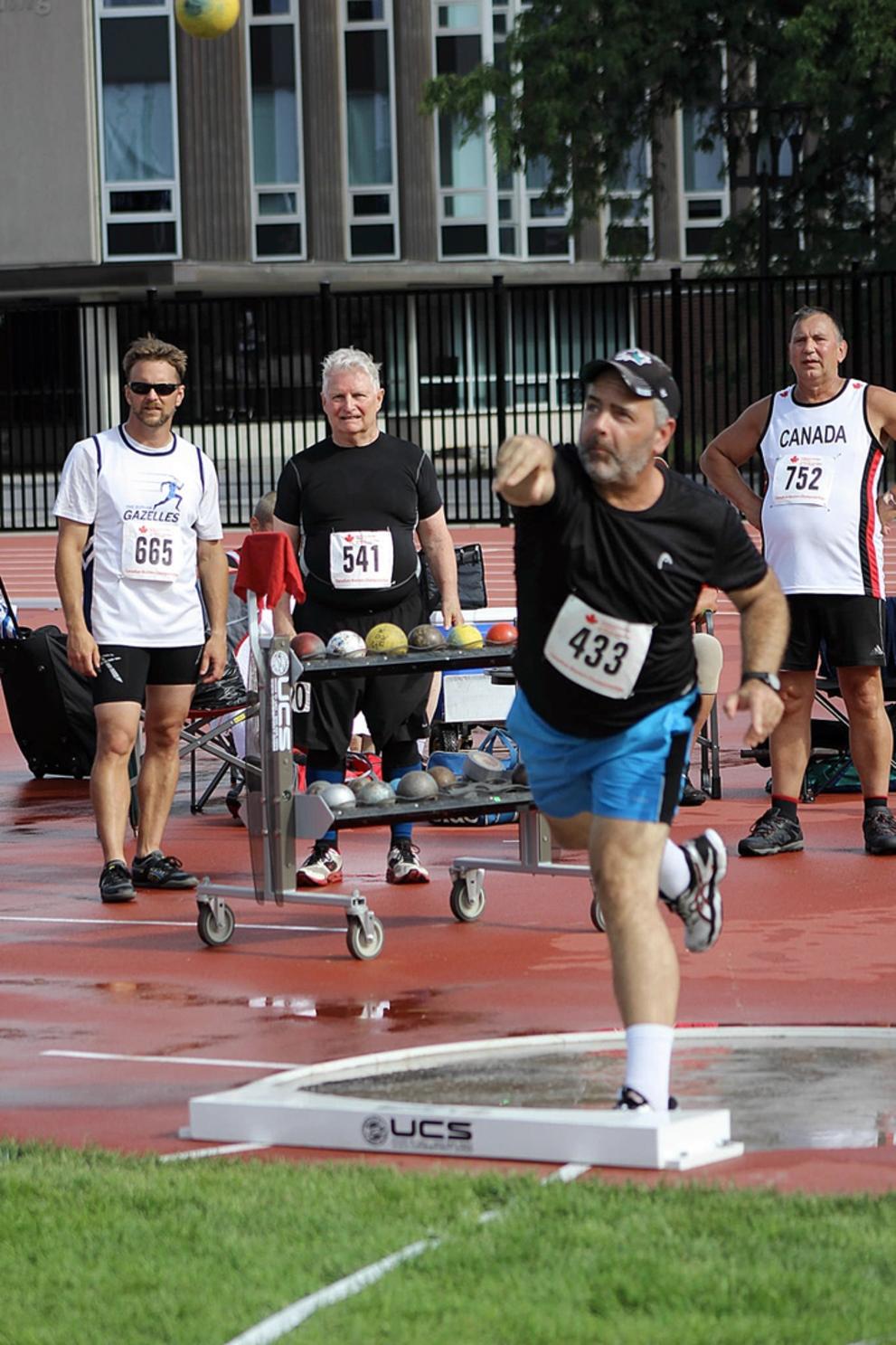 Obviously as a person gets older, performances will naturally decline.  To allow older athletes to complete on a level playing field, the concept of age-graded performance was developed to account for this natural decline in performance.  The age-graded tablesfollow the same principles as the IAAF points tables for each event but they differ by assigning an age-graded factor for each 5 year age class.

WMA (formerly WAVA), the world governing body for Masters Track & Field, first developed these tables in 1989.  Subsequently the tables were updated in 1991, 1994, 2002, 2006, 2010 & most recently in 2014.  WMA regularly updates these tables based on analysis of masters performances around the world.  The most recent version released in 2014 can be downloaded at WMA 2014.  Note that when comparing older results it is very important to determine what version of table was used in the points calculation & if necessary recalculate old results using the current table.  In some cases changes in weights of implements make this very tricky & adjustments have to made to the factors used depending on the weight of the implements.

The first step is to calculate the AG Mark as follows:

Note that the PERF% allows performances of men & women of all ages to be compared equally. Typical percentages are as follows:

The final step is to calculate the age-graded points which are used in scoring the throws pentathlon & throws triathlon.  Points for each performance are calculated using the IAAF formula:

The factors for a, b and c in the formula in each event for Men & Women are shown in the following tables:

A typical final scoresheet for a throws pentathlon looks like this:

Howard Grubbof the Cheshire County Athletic Association has built a series of age-grade calculators for multi-events  including throws pentathlon.  However these use the WMA 2010 tables.  More recently he has posted a new calculator  for track & field events using the WMA 2014 tables.

USATF Masters Throwshave developed a spreadsheet for calculating age-graded points for throws pentathlon & ultra weight pentathlon that can be downloaded. These spreadsheets use the WMA 2014 tables.